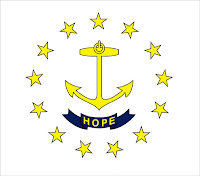 While Indiana piddles along the road to adoptee serfdom (apologies to Friedrich Hayek!) Rhode Island activists tread the road to liberty. On February 16, Representatives Carnevale, Mattiello, Hearn,Ucci, and Marcello introduced H5453, a short and sweet bill to restore OBC access to all Rhode Island's adoptees with no restriction. The bill is backed by long-time Rhode Island activists, Rhode Island Access. RIA is not to be confused with the amateur muck-abouts who created last year's deformist debaclethat ended in the passage of the fox in the hen house H7877 which took the veto where no man has gone before, and consideration of S2759 which took man even further. Don't remember the details? Here's a refresher from my May 13 2010 blog: 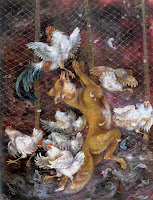 The bill (H7877), framed in deformer NewSpeak as a records access and adoptee rights measure, creates a " do not release" option (a nice name for disclosure veto) for families of origin--in this case not only a parent, but a parent or sibling of a deceased parent-- to keep their Family Bastard de-identied and at bay. The Senate's close companion SB2759 extends the veto to the parent or sibling of a "permanently disabled " parent (no mention of proof or definition of "permanently disabled"). That is, to people who may have pressured the parent to surrender their shameful secret into the secret adoption mill to start with. Hen meet Fox.
Fortunately, the legislature ended before any more harm could be done.
You can read more about last year's clusterfuck here and here.
Longtime Rhode Island Access activist Nancy Horgan is optimistic about the H5453 passage. She wrote on Facebook:
We are very optimistic for 2011 House support. The 75 member RI House passed an unrestricted access bill in 2009 and we'll be seeking their continued support on this issue. Positive letters to our sponsor Rep-Carnevale@rilin.state.
The organization is currently looking for Senate sponsors.
In a legislative season overrun with compromise, mendacity, and gutlessness, we are delighted to find this gem of a bill that has a fighting chance to restore the Free State of Rhode Island.
Cross posted to Bastard Nation blog

Posted by Marley Greiner at 1:35 AM