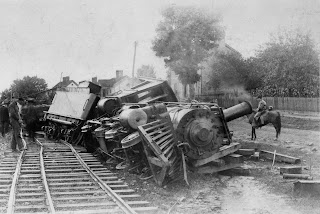 Today Anita Field, founder of Illinois Open sent a letter to Illinois adoptee rights activists updating them on the "open records" situation in that state--the new bill that's supposed to liberate all of their OBCs from the file cabinets of oblivion. The news is not good. Below are my comments followed by Anita's letter.

On November 19, 2007 the Chicago Sun-Times reported that Illinois State Representative Sara Feigenholtz (D-12) intended to file legislation that would make available to all Illinois adoptees, their original birth certificates. Bastard Nation collectively rolled its eyes and waited. Some BN members had experienced Ms Feigenholtz's "devotion" to access in the mid-1990s, when she abandoned them and a clean records bill to a seriously dysfunctional registry scheme that treats adult adoptees like 7 year olds.

Due to her new press-reported putative interest in adoptee rights, Ms. Feigenholz was invited to attend the December 2007 Donaldson roundtable in New York City. Like some other interested parties, she was unable to attend in person so she and her "assistant" Melisha Mitchell sat in by phone. Mitchell is the proprietor of The White Oak Foundation, a professional CI service (Mitchell pays herself $65k a year--Guidestar) that passes itself off as an adoption reform organization. In the past, Mitchell has made highly inflammatory remarks about adoptees. These comments are no longer online as far as I know. If I can pull them from my hard copy files in the next couple days I'll post them here.

Since November Ms. Feigenholtz has urged people to send comments to her about full access, giving the impression that she'll actually read them and do something. (Even as late as Feb. 13, USA Today reported that she planned to introduce a bill to "fully open records.") From her webpage:

...I would like to know if there is still interest among Illinois adoptees in having access to their orginal birth certificate. If you are an adoptee born in Illinois, please email me your thoughts on this issue. Just title the email "adoption issues" and include your home address (city, state, and zipcode), phone number, and your email address. Click here to email me. 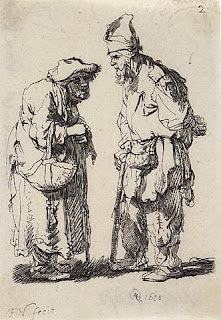 Many people responded. But during the course of the Donaldson meeting, Feigenholz admitted that she hadn't answered the very mail she solicited and continues to solicit on her webpage, making the astounding claim that she was "looking into a grant" to hire someone to answer her mail! (You'll see below, she now blames a "mail sorter" for the overlook.) Illinois reps probably have aides, who are paid assumedly to answer mail (most states do). To top it off, Illinois representatives make a base salary of at least $57,610 (which may have increased this year) and a $102 per diem when in session. If Ms. Feigenholtz has no aide to handle her adoption mail, I'm sure there's a least one Illinois adoptee who would be happy to answer her mail for $5/hr. or for free, if it meant pushing records access through. 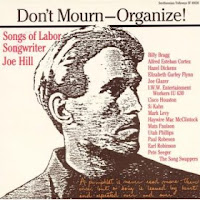 It is difficult to believe that Ms. Feigenholtz seriously entertained actually putting up any kind of bill, much less a clean bill. But running your mouth to the Chicago-Sun Times and USA Today has consequences, so Melisha and Sara put their heads together and came up with a fine piece of compromise dreck that would make New Jersey deformers proud.

Ms Feigenholtz contends that those who suppport unrestricted access "don't know politics" and live in a dream. But who's dreaming? Naysayer Feigenholtz who hangs on the words of an overpaid professional CI and Chicagoland adoption lawyers who get rich off the misery of others or those of us who have actually delivered the goods against the odds? Ms. Feigenholz had a ready-made army of hundreds of Illinois adoptees and their families willing to put their feet to the street. Instead, she's fronting the tragedy pimps. I feel bad for her. As an adoptee she should hang her head in shame. Give me NCFA any day, not a Benedict Bastard.

Ms. Feigenhholz is the go-to girl in the House on adoptee rights. Other members defer to her on the issue. The best thing that can happen is for this new bill to be pulled or die in the Rules Committee. The issue should not be resurrected until its sponsor has been put to pasture or a new go-to person emerges. That day will happen. It's not over yet! As Joe Hill said, "Don't mourn. Organize.

I have had some contact with Representative Sara Feigenholtz over this last weekend. The bill she and her aide Melisha Mitchell have written has apparently not yet been filed. They had indicated that it would be posted on Tuesday, but so far, it isn't there.

But no matter what, I was told that the bill will definitely not be an unconditional bill where ALL adoptees in the state would be treated equally.

Representative Feigenholtz's bill has a disclosure veto. All past denial affidavits that have been filed with the Registry will be honored. Additionally, if this bill should pass, it contains a one year period called an "information campaign" during which time a birthparent can file a non-disclosure affidavit which will be honored by the state. If one birth parent files a denial, the birth certificate might still be issued but all information about the other parent will be redacted; that is, whited out.

The bill has a prospective element and that too contains provisions for birth parents to file non-disclosure affidavits.

I expected the bill to have been already posted but so far it isn't. I honestly don't know why. I could speculate but that isn't really productive.

The last time I spoke to Representative Feigenholtz was on Sunday, Feb. 19. I told her about the many of you who have written to her, more than once, to express your opinions but received no reply. She replied that it had to do with the clerk's sorting the mail. I told her straight out that she should be listening to you all.

Representative Feigenholtz told me that in her experienced opinion, an unconditional access bill, such as the ones in Oregon, New Hampshire, Alabama and Maine, would NEVER pass in Illinois. She said that if she were to file a 100% unconditional access bill, it would languish and die in the Rules Committee. It would go nowhere. She told me that "it just won't fly." Her reason is that the politics of IL are different from these other states.

I wish I had better news to report. At this point, this is all I know about what Representative Feigenholtz's plans.

Now I'll tell you how I feel personally. 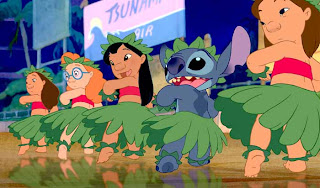 I believe that "ALL," minus even one adoptee, is not ALL, and is therefore not acceptable. If true unconditional access can work so easily in these other states mentioned, then it could work in Illinois too, if people wanted to work hard to make it work. In my opinion, we're not so different here as the Representative purports. I believe that if you are going to expend so much energy, time, talent and money into a bill that champions adoptee rights, then you don't stop short of your goal. All adopted adults in Illinois must be treated equally under the law. I believe that we must not leave even one adoptee behind.

I tried to explain to Representative Feigenholtz that a true adoptee rights bill is different than a search/reunion bill. But she doesn't seem to get it or if she does, she doesn't want to act on it. She always brings us back to the attorneys who are worried about their clients, (past, present and future) whose confidentiality might be breeched. And that is a search/reunion issue. It is not about the human and civil right of every adopted adult to own his own truth.

I expressed my opinions, and many more arguments, over and over and over to Representative Feigenholtz. She replied that I'm living in some "sort of dream world." She says that I don't live in the real world of politics. That may be true, but I still believe that my dream is better than all of the conditional plans presented- plans which still allow the state to have control over adopted adults.

IllinoisOpen
Posted by Marley Greiner at 2:00 AM No comments: