BASTARD NATION TESTIMONY AGAINST CALIFORNIA AB 372: LEAVE NO ONE BEHIND!

Below is Bastard Nation's testimony in against AB 372. It was submitted last week for today's haering. You can read the official legislative analysis of the bill here. (It's not very good.) Note that CARE has no certified proponents except it\self and the bill has no co-sponsors.

Below is our submitted testimony on AB 372:

Bastard Nation: the Adoptee Rights Organization advocates for the full human and civil rights of adult adoptees. We believe people everywhere have a right to their unaltered and unfalsifed birth records. This means opening government documents pertaining to the adoptee’s historical, genetic, and legal identity, including the unaltered original birth certificate (obc) and adoption decree. Our membership includes adopted adults and first and adoptive parents. We have substantial membership in California.

Bastard Nation does not support AB 372. Although, as of the date of this submission, the bill is without conditions, except for age, Assb. Ma has issued a memo (April 15, 2009) outlining amendments she plans to introduce which would severely limit access and gut the alleged purpose of the bill. These amendments, according to her memo, include:

* An expansion forwards and backwards of the 1984 “birthparent” disclosure veto. This veto would seal all California obcs by default and would require unsealing only by individual “birthparent” consent. Such an amendment would take away the right that some California adoptees have enjoyed for decades to receive through the courts, without birthparent consent, their ob

* A state-run search system whereby state employees or contractors, at taxpayer expense, would track down individual “birthparents” at a “best match address” with a certified return receipt letter to seek consent for the release of the obc. If after 6 months the “birthparent” has not been located or does not return the state’s request, the obc will remain sealed.

* In the case of one “birthparent” consenting to release and the other one not (through default or request), the identifying information of the non-consenting parent would be redacted.

* For prospective adoptions starting January 1, 2010 an opt-out clause would permit one or both parents to deny obc access to their adult offspring for reasons of “rape.” “incest,” “religion” or undefined “personal reasons.”

These proposed amendments are egregious, insulting, and antithetical to the purported purpose of AB 372 and gut the entire bill of any meaning.

We also object to limiting access to the obc to adoptees 25 years and older. Access should be allowed at the age of majority. Anything else is the continued infantlization of adoptees as a class. The idea that one is old enough to fight for his or her country, buy a house, drink, and be married, but not capable of owning an original birth certificate is absurd.

WHY WE OPPOSE: BASTARD NATION’S POSITION ON AB 372 AND UNRESTRICTED ACCESS TO OBC ACCESS IN CALIFORNIA.
Unrestricted obc access in California is about rights not reunion. It is about the relation of adoptees to the state. It is about the absolute natural right of identity and the civil right to a true unfalsified birth certificate for all California adoptees not just a select few. The not-adopted need not justify why they want their vital records nor are they forced to ask their parents permission, appear before a judge, join a government-run registry, seek mental health counseling, or spend years getting a bill passed to get their birth record. The not-adopted have a presumed right to their birth certificates and can do with them what they please. All arguments for unrestricted access must then flow from the presumed right of all adults to unrestricted access and ownership of their true birth certificates, not just some. If adoptees are not equal legally to the not-adopted in terms of access, then the right of anyone to possess their own birth certificate is not a right but a state favor. The real question, then, is who owns your identity? You or the state?

Unfortunately, in California today, the birth and identity records of thousands of its citizen adoptees are owned and held hostage by the state. AB 372, which purports to loosen state ownership, in fact, tightens it with its massive restrictions and hoop jumping.

Unrestricted obc access in California should be inclusive and create birth record access equity between the adopted and not-adopted. Unrestricted access acknowledges and codifies a legally, morally, and ethically correct one-size-fits all standard of birth record access rights for all people born in California, not just the not adopted. Unlike AB 372, a genuine obc access bill would restore the right of ownership and access, legislatively rescinded in 1935, to all California adoptees.

Unrestricted obc access in California would abolish a nearly 75-year old state-constructed blacklist of worthy and unworthy citizens whose birth record access is based on a protectionist, paternalistic, discredited social system of adoption secrecy that died decades ago. Restrictions established legislatively in 1935 and expanded by the 1984 “birthparent” disclosure veto, grossly discriminate not only between the adopted and the not-adopted, but between vetoed and non-vetoed adoptees. For adoptees born in 1984 and beyond, (which AB 372 may expand to cover everyone) access is dependent on first parent permission, that gives people whose parental rights were terminated years ago, a special right that no other parent or adult has over another adult—the special right to block access to and ownership of a person’s vital and court records. If expanded back to cover pre-1984 adoptees, older adoptees will lose the right they now enjoy to receive their obc through the courts without “birthparent” consent.

Recognizes adoptee autonomy, rights, and responsibilities as full citizens who can be trusted to own their personal information. Adopted adults should not be denied their birth records to protect someone else’s comfort zone. With the growing demand for “proof of identity” through state and federal laws such as Real ID, it is imperative that all of us prove we are who we say we are. Adopted adults are routinely denied drivers licenses, passports, and security clearances because amended adoptive identities cannot be linked to original birth identities. AB 372 will do nothing to correct this.

Unrestricted obc access in California would not change adoption procedures. Adoption records are sealed upon finalization, not relinquishment. If the court denies an adoption petition or the petition is withdrawn, the birth record remains unsealed. If an adoption is overturned or disrupted, the birth record is unsealed. Most significantly, if a child is never adopted the birth record is never sealed. Thus, if sealing birth records was meant to hide parental identities absolutely, records would be sealed upon relinquishment, not finalization. Even in traditional closed adoptions first parent identities are often recorded on court documents given to adoptive parents without first parent consent. Similarly, legal advertisements with identifying information are often published, and courts may open adoption records for “good cause” without first parent consent. Moreover, California’s Birth Index, which includes the names of “birthmothers,” has been open and available to the public for decades. It was even sold on the Internet by the State of California and is routinely available on eBay. Though closed a few years ago, thousands of copies of the index remain available through legal sources.

Unrestricted access to obcs in California would unseal obcs only to the adopted persons to which they pertain. Allowing adoptees access to information about their origins is NOT a violation of anyone's privacy rights. Adoptee access to their own original birth certificates is not the same as public access or disclosure to the public. It is not "outing" anyone. The records would remain sealed from the public.

Unrestricted access to obcs in California would reflect best practice adoption standards. Unrestricted obc access is a priority of every genuine adoption reform organization, national, state, and local, in the US today. The Evan. B. Donaldson Adoption Institute, The Child Welfare League of America (which sets best practice standards), The National Association of Social Workers, and The North American Council on Adoptable Children, the National Adoption Center, and Ethica: A Voice for Ethical Adoption all support unrestricted access.

CONCLUSION
Rights are for all citizens, not favors or privileges for some. US and California law does not privilege rights by race, religion, ethnicity, age, or gender. The law should not privilege rights by adoption. Bastard Nation cannot think of any other judicial procedure where records are sealed from those to whom the procedure pertains. But in California adopted adults are discriminated against daily due to their adoptive status. AB 372 not only continues the gross discrimination, but threatens to expand it. It is, in fact, the worse “adoption reform” bill Bastard Nation has seen since its 1996 inception.

A true records access bill in California would not harm anyone. It would instead restore legal equality, dignity, and fairness to adopted persons and their biological and adoptive families. Bastard Nation, therefore, cannot support AB 372 with its continued and additional harm to California’s adopted citizens.

Bastard Nation recommends that the Judiciary Committee votes DO NOT PASS.

Don’t leave anyone behind! 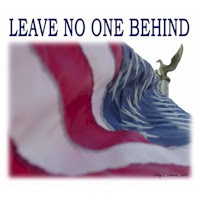 Posted by Marley Greiner at 2:37 PM No comments: