WE'VE SCREWED UP YOUR STATE, NOW WE'RE COMING TO SCREW UP YOURS: CALIFORNIA ADOPTION REFORM EFFORT--IF YOU DON'T LIKE COMPROMISE GO AWAY!---COMMENTS 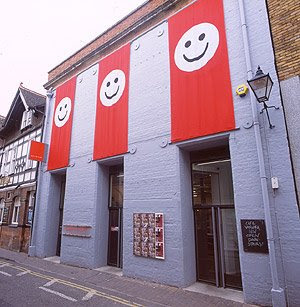 A few minutes ago I posted a long blog, We've screwed up your state, now we're coming to screw up yours--California Adoption Reform Effort: if you don't like compromise, go away. After it was up for a few minutes the entry seemed too long. I have gone back and divided it into two parts: (1`) The Letter and (2) Comments. I have now posted The Letter first, followed by this. I suggest you go below and read the The Letter First.

For the past few weeks we've been watching the formation of a new "adoption reform" organization in California: California Adoption Reform Effort (CARE). CARE consists of a few Californians, lead by adoptee author/filmmaker Jean Strauss who lives in Washington State and Stephanie Williams, a pricey lobbyist formerly with the Cal Trucking Association. It's advisory committee is cattle car Who's Who of mostly deformers, industry hacks, and out-of-staters.

According to CARE's webpage, the organization is "dedicated to providing adult adopted citizens access to a non-certified copy of their original record of birth."

Unfortunately, for Cal Adoptees, the CARE webpage shows us that it is just the same old deformer hag prettied up in a prom dress and talking from a commitee-written script.

According to the CARE webpage (my emphasis):

California Adoption Reform Effort is united in opening as many birth records in California as politially feasible.

Nothing appears on its webpage about a rights-rooted campaign. Instead CARE refers to "wishes" and desires" which apparently the state has a duty to grant to the adopted and their "birthmothers." (QUESTION: has nobody told CARE that "birthmother" is considered "the N word" by a lot of people, especially mothers, effected by adoption?)

Not satisfied with modeling itself on the successful legislative Alabama, New Hampshire, and Maine campaigns (a ballot initiative as Oregon's is economically unfeasible in Cal), CARE promises to run a "different" campaign.

How different? It's all rather vague.

CARE says its arguments are "non-emotional" (bu, remember, are "wishful.") It's scheme is based on "statistical and empirical data," but CARE fails to elaborate on what this ""statistical and empirical data" may be. Its "non-emotional" arguments, though, seem to include pleas for medical information, which CARE claims is a "right" denied California adoptees, the protection of "birthmothers" and adoptees from "businesses and institutions who profit from the unconsented[(sic] representation of adults"...and protection from incest. (!)

The subheading on CARE's original webpage read: Striving to provide a bridge for adopted citizens and their families to information that could save lives.

Inexplicably the graphic used to illustrate this bridge is that of the Brooklyn Bridge, not the Cal-iconic Golden Gate. Catch it while it's still up! 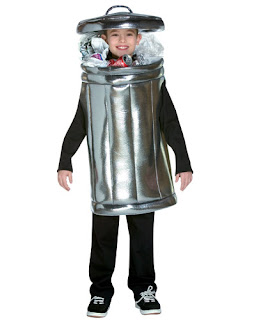 UPFRONT: CARE THROWS IT ALL AWAY!
Upfront: CARE tells us it will compromise-- will sell out the rights of all for favors for some. (It would be interesting to know just how many CAREists already have what most don't.) CARE says that two states have never sealed records. Kansas and Alaska, which is true. It says another seven unnamed states have unsealed their records which is untrue. Obviously Oregon, Alabama, New Hampshire and Maine have unsealed obcs for all adult adoptees upon request and without restriction. We assume that CARE is also including Delaware, which has a disclosure veto and Tennessee which has disclosure and contact vetoes. But, what is the 9th state? Whatever, it is clear that CARE considers states that give "birthparents" special rights over obc access and their adult offspring are "open" states. They are not.

Upfront: CARE declares the 1935 law that sealed California adoptee's birth certificates was "well-intentioned" and "seemed prudent at the time." Obviously somebody needs made aware of Georgia Tann's work in California.

Upfront: CARE infantalizes adult adoptees by confusing open adoption with adoptees' right to their obcs by saying that "CWLA and the Evan B. Donaldson Institute "advocate at least some degree of openness in adoption."

Upfront: in a letter (see text below) from CARE to a select group of potential members, CARE defines itself as "professional" not "grassroots" while claiming adoptees need to be heard. The just need "navigated" by professionals in suits who you pay to lead you around by your needy noses. CARE, in fact, tells non-compromisers to hit the road. BTW, membership in CARE costs $85 a pop.

Upfront: in this same correspondence, CARE claims that the opening of all obcs would violate the California State Constitution and bring on lawsuits, but fails to explain why. A "professional" organization, arguing rights, not reunion, would commission legal research to back up a rights argument before it started. CalOpen, in fact, did just that, but they refuse to give the document up to CARE.

Assemblywoman Fiona Ma has agreed to sponsor CARE's bill, which is being fast tracked. CARE is trolling for co-sponsors and endorsements. So far, CARE says it is a "clean bill" but virtually admits that it will be amended and watered down. The bill hasn't been printed yet. A hearing is scheduled for March, but no date has been set. I will write more about this bill in a separate blog soon. 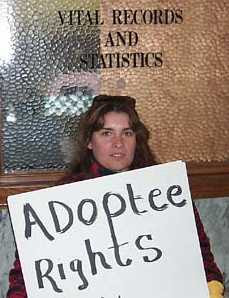 ACTION
Jean Ulrich and a number of seasoned Cal acativists have revived California Open to hold the line on CARE and its "experiment" ( CARE's word for what they're doing.) In the early 2000's Cal Open's clean SB 1349 made its way up to Senate hearings. Under threat of the bill being compromised out of recognition, CalOpen and its sponsor took the high road and withdrew the bill. I was there when it happened. It was a sad day, but also an honorable day. We did the right thing.

CalOpen's new page went up over the weekend as well as a MySpace page. Facebook is forthcoming. Jean and CalOpen need help to stop this bill from being compromised, and if it is compromised to kill it. CalOpen will be partnering with other groups. It also need help from us--especially help from California adoptees, their families, friends and anyone with a California connection. We cannot let California bastards and adoptees be written out. We are not lab rats!

BB Church momentarily came out of retirement to blog on the upcoming California Fiasco. He also has posted the above letter. Go here to read his thoughts.

ADDENDA: 2/9/09, 3: 25 PM: BB Church has just published a stunning critique of CARE. Go to the link directory about this and read it.

I feel this kind of "bashing" is not only unethical and rude but it undermines any sympathy you seek. Why would I as a non-adoptee want to support someone so willing to harm others.

I have read the CARE proposal and the contrast between it's sensible fair approach versus and this toxic, angry and quite frankly imbalanced view that aims to attack others is stark. It is no wonder you are having trouble garnishing support for your cause with this sort of garbage. If I were an adoptee, I would not want you speaking for me. I would not want to be associated with this hate mongering.

How dare you speak of rights while trashing others rights. I suggest that if you want some right you feel is not given fairly, you begin by being respectful toward others rights.

Is this author just demanding some so called "right" as some ideological position or really trying to help adoptees. It would appear that this "throw out the baby with the bathwater" rigid stand is an exercise in narcissism and not an attempt to help adoptees. As a non-adoptee, looking in, it seems the real purpose of gaining access to birth records is being burned in favor of a few people's rigid an dogmatic stand. It has ll the earmark's of a George W. Bush approach.

It is truly sad that the adoptee group who has unfairly suffered trauma would now be led by an ideologist bent on "rights' versus "helping adoptees" in the real world. Is this really about rights or or someone's self interest and territory protection.

Why would anyone throw away gaining access for 100% of adoptees when the statistics show that this "rights" argument would only help another .02% of the cases in the real world. That's called foolish by most any sensible argument. Dogmatism and rigid ideology has been the scourge of mankind and has led to far more suffering than the common sense balanced approach. Shame on the BN people who would continue this scourge on the adoptee group.