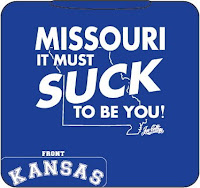 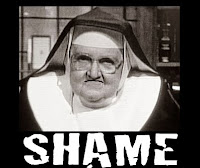 It's worth noting that SB 351 and its companion HB 427 are supported by Missouri Catholic Charities. Below is a comment we received on Bastard Nation's testimony entry posted on the Daily Bastardette:
Yes, SB 351 and the HB 427 companion bill are both search-based not rights bills crafted by MO's Catholic Conference and MO paid searcher, Laura Long, and sponsored by lawmakers who, no surprise here, happen to be Catholic.

Laura Long is a court CI and has her own search business on the side with a different email addy from her court business with a "pay now" link. She's announced at her blog if law is passed it will be like winning the lottery. For her, of course.

At the Senate hearing this week the sponsor, an adoptive father of 3 kids all adopted from abroad, stated while the bill referred to us as adult adoptees he wanted us to be known as "adult orphans". (Honestly, you can't make this stuff up). He began by saying we want information about our adoptive parents LOL then later changed it to bpars.

For the past decade MO's CWLA agencies have done nothing to help change MO law, and one in particular has supported keeping the vetoes. On OBC bills, I no longer think CWLA has any credibility.

Signing out as a MO Adult Orphan though I wasn't.
SB 351 has moved to the House where it received it's first reading on April 7.
For more about about SB 351 read Bastard Nation's testimony.