WE'VE SCREWED UP YOUR STATE, NOW WE'RE COMING TO SCREW UP YOURS: CALIFORNIA ADOPTION REFORM EFFORT--IF YOU DON'T LIKE COMPROMISE GO AWAY!--THE LETTER 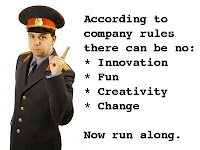 A few minutes ago I posted a long blog, We've screwed up your state, now we're coming to screw up yours--California Adoption Reform Effort: if you don't like compromise, go away. After it was up for a few minutes the entry seemed too long. I have gone back and divided it into two parts: (1`) The Letter) and (2) Comments. I am posting the letter first. I suggest you it first; then read the comments posted in the entry above this.

*****
INTRODUCTION
For the past few weeks we've been watching the formation of a new "adoption reform" organization in California: California Adoption Reform Effor (CARE). CARE consists of a few Californians, lead by adoptee author/filmmaker Jean Strauss who lives in Washington State and Stephanie Williams, a pricey lobbyist formerly with the Cal Trucking Association. It's advisory committee is cattle car Who's Who of mostly deformers, industry hacks, and out-of-staters.

First off, thank you to all of you who were able to attend the Sacramento meeting this past Saturday. My apologies for taking so long to correspond to the entire group about what transpired at that meeting, and in the time since, but this is the first day I have had any free time.

The meeting was highly productive and positive. As we were able to inform those in attendance, in the last three weeks of January, the California Adoption Reform Effort grew from a concept to a reality. We are now a licensed professional organization with bylaws, an executive board and council, and a general membership. As of February 1st, CARE became a dues paying membership organization. We now have the structure in place to actively welcome full members, seek funding and support, and move forward with our legislative work. I'll be sending out a general invitation to join via our website in just a few days (probably this weekend). Your support (and the support of many others) will be the only way to achieve our goal of providing access to original birth records for as many California adult adoptees 18 and older as possible.

Our bill was submitted the third week of January, and we have an enthusiastic and very distinguished author in Assemblywoman Fiona Ma, the Majority Whip of the Assembly. In the next two days, a co-author who will be announced. We are currently involved in daily work in preparation of our first hearing sometime in March. We have been pursuing endorsements, and have begun district meetings.

Our effort is a professional one, not a grassroots one. We are being guided through the labyrinth of the California legislature by Stephanie Williams, a lobbyist with over two decades of experience walking the halls in Sacramento. Our strategy, language, and any ultimate success, will be largely due to her expertise and hard work. We would not be where we are without her, and supporting her is an important aspect of our membership.

One of the first hurdles we have to overcome as a group is how to educate others within the adoption reform movement about the strategy we are undertaking in California. It will be crucial to our success that people understand that our strategy in the California Adoption Reform Effort is solely based upon the legislative process that exists and what will work within that process. Hence, this is not an effort to 'right a wrong' or a 'fight for our Constitutional rights'. Our approach is a non-emotional one based upon statistical and empirical data. Thus, ours is 'an effort to update an antiquated and outdated policy established in 1935 (the sealing of adoptee birth records) so as to be able to provide adult adoptees with information about their origins so that they will have the ability to know their ethnicity, their nationality, their exact date and time of birth, and their original name as a protection against potential incest.'

The difference in language (and emotion) will be necessary within the confines of the legislative process. The results will be what we want to achieve - even though we're not using the 'language' we're used to using to express our needs. This is not an easy thing to ask of all of you, and yet it will be an important contribution of each of you to this effort if you are able to master it. I realize the italicized text above doesn't verbally capture the emotional impact that sealed records have had upon adoptees who've faced a lifetime of secrets, nor does this language relay how those secrets have often eroded self esteem and contributed to a the feeling of 'second class citizenry'. I know many of you are interested in being involved in access legislation because you believe access to your original information (all of it) is your constitutional right, and the constitutional right of your children. I am with you. Yet I believe we must use tools that will help us get the job done. The language of 'constitutional and civil rights' commonly used in access legislation appeals stands in direct opposition to the California Constitution. If we use this approach, we will, I have become convinced, fail.

There are other, equally compelling reasons for adoptee access and they can be made from data and 'unintended outcomes' of the original code which sealed the records. It's less emotional, less sexy, less what we're all used to saying and feeling - but it's language that will work with legislators and their staff. After walking the halls of the Capital this week I am convinced of two things: we have a highly competent lobbyist representing our effort and her strategy for getting this legislation through this maze has the best potential for achieving legislative change to sealed records policy.

Many might say that this 'quieter' and very precise language and strategy was not needed in other states which have achieved openness, and many may wonder why Oregon, our neighbor, could succeed without having to play this 'game'. In Oregon, a single donor helped fund a statewide measure which was voted upon by citizens. To do that in California would cost between $3 and $30 million - and the result would most likely be the same as Oregon's: a lawsuit would be brought that the proposition is unenforcable because it would be unconstitutional. Oregon was able to prevail in their lawsuit, and much of the legal debate was elegant and helps our cause. But it does not address the very real difference between our two states constitutions. A similar legal battle in California would be far less likely to end in a positive outcome.

The first amendment of California's Constitution is all about privacy. Privacy is so important in our state that there are even privacy committees. We may be the only state in the Union with such a strict and overriding concern regarding privacy. To pass our bill, we will have to address the privacy obstacles that will be in our path.

We have submitted a clean bill (this means it has no amendments or compromises attached to it). We are asking for one thing and one thing only: that every adult adoptee over the age of 18 be allowed to have a non-certified copy of their original record of birth. It is a simple bill - but it is not an easy challenge. I know there are some for whom compromise represents a 'sellout'. You probably should not join C.A.R.E. We welcome your support, and we want a clean bill, but we are already facing very complicated maneuverings which will probably mean we are facing some compromise. There is going to be little room for debate on this if the time comes - we are being represented by a legislator who is in this to pass the legislation, not to make a statement. I say this after only one day of walking the halls. Privacy has already come up. It is not the concern of just one legislator, it's the concern of every legislator we've encountered.

I say all this not to be discouraging but to be honest and clear. Our author and lobbyist need our support for the path they see to success. They are interested in helping our group provide access to original birth records to as many adult adoptees as possible, and I believe we have a good shot at succeeding if we can achieve a broad understanding among triad members and friends for the need for this strategy, and for the nuances of language that will be necessary to succeed at our goal.

I know that many of you have taken the time to submit new language for our website and organization. Know we've been reviewing all of it and running it by the people who will be working this bill through the tricky seas ahead. What ends up on the website and in postings is going to be the result of legislative vetting.

I have often cited a quote of Thoreau's when trying to help people understand that triad members are the voices which should be listened to as adoption policy is revised. To highly paraphrase Thoreau,

To navigate an ocean we should seek the counsel of shipwrecked mariners rather than find our way based on the advice of those who've never been out of sight of land.

Our lobbyist and author are the mariners who must chart this course. They know, much better than any of us, how to navigate these waters. Only through their wise counsel and honesty will we arrive at our destination.

All that said, we also won't arrive there without the support of all of you, and many other friends. Please consider joining our effort and encouraging others to as well. We have an opportunity to do much good here. My apologies if much of this has sounded didactic and rather heavy. I'm just trying to relay what I have learned about the situation we face. I'm thrilled to be involved and honored to know each of you. I want us to succeed...

Many thanks to all of you for your time and patience and good wishes!

Jean Strauss
Posted by Marley Greiner at 8:24 AM

I thought that letter was very well written and realistic. Why is "Bastard Nation" ( as an adoptee, I do NOT like being referred to as a "bastard") against C.A.R.E.'s efforts? I don't understand.